Orthodox Parables and Stories: "The Priest is the Donkey on which Christ Rides." 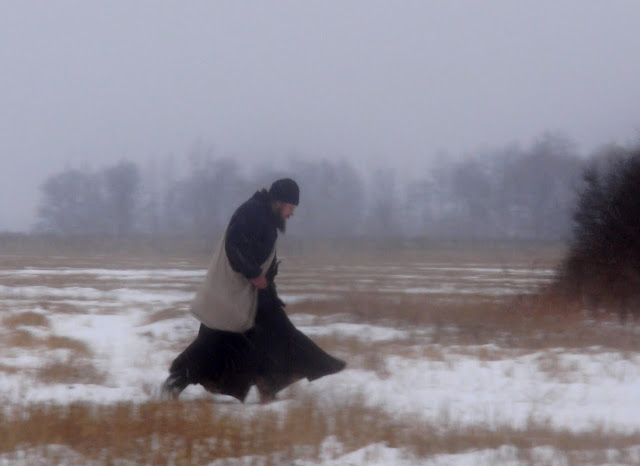 I have a good friend, Archpriest Nicholas. Just thinking about him makes my heart feel good. Although we have not seen each other for many years, every day I pray for him as one of my relatives, and I still remember our old meeting.

Things were getting worse than ever, I had dropped out of university, I had left my girlfriend, I had no job, no one needed me, and I didn't know what to do. I came to the nearest church, because I had nowhere else to go. I met Fr. Nicholas at confession. I simply walked up to the first priest I saw and told him about my misguided life.

It was the first time in my life that a priest had ever cried over me. He just stood there with his head down and cried his eyes out. And then very insistently asked me to go to church. That's right - he did. Not to instruct, not to point, but to ask.

That's how we met.

After confession, Father Nicholas asks: "Do you have a passport? Come with us to Moscow!" With us is a group of children from the parish and their entourage.

Everything happened as if in a dream. Father Nicholas leads me to some people and says, "Take his passport and buy a ticket. He is coming with us." He shoved my passport and smiled at me beamingly. So I found myself at the Trinity-Sergius Lavra and at many of Moscow's shrines.

On the way back on the train father Nicholas came up to me, gave me a hug and suddenly I had money in my hand. He quickly hid his hands behind his back and said: "Take it, take it! You need it for the first time! I'm not taking it back anyway!" And he got out of the compartment.

He was a stranger, and not close to me, who just could not pass by, when someone feels bad. Then we went together to visit Father Nikolai Guryanov in Zalit and many other places, but I will never forget that first meeting we had. And I will tell my children about it.

Some people will wag their finger at this story, and some will say, "The priests are getting greedy! But for that lost guy, soaked under the cold autumn rain, it was the roar of the Archangel trumpet from Paradise, from which he woke up, stood up and at first uncertainly, but went toward the light and God, Whom in that skinny little priest he had met. I still remember his words about his priestly ministry: "A priest is the donkey on which Christ rides.

Email ThisBlogThis!Share to TwitterShare to FacebookShare to Pinterest
Labels: Orthodox Parables and Stories